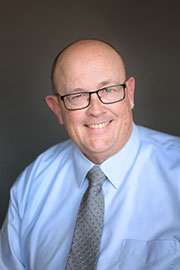 Dr. Seals graduated from Ashley High School and went on to receive his Bachelors of Arts at Albion College. He went on to obtain a Doctor of Optometry degree from Ferris State College of Optometry in 1983. Later, he taught optometry students pediatrics and clinical rotations at Ferris for 10 years. Dr. Seals bought the practice in Alma from Dr. McKeen in 1985 on State Street before building a new practice on Pine Avenue in 2001. Dr. Seals is also a member of the Michigan Optometric Association as well as the American Optometric Association. Dr. Seals has been involved with the Opening Eyes Vision Screening at the Special Olympic Summer Games for over 15 years. He and his wife Sandy have gone on 8 VOSH Mission Trips to Dominica to provide eye care. After 33 years, Dr. Seals retired on December 28, 2018. Following retirement Dr. Seals plans to spend more time at his Bear/Fish Camp in Hornpayne, Ontario (Cree Lake Outfitters) Fly Fishing, hunting, and spending time with his grandchildren.